Singapore Changi Airport (IATA: SIN, ICAO: WSSS), or simply Changi Airport, is the primary civilian airport for Singapore, and one of the largest transportation hubs in Southeast Asia. It is currently the World's Best Airport (Skytrax 2016), for the fourth consecutive year and counting (Skytrax's World's Best Airport 2013-2016) and is one of the world's busiest airports by international passenger traffic and cargo traffic. The airport is located in Changi, at the eastern end of Singapore, approximately 17.2 kilometres (10.7 mi) northeast from Marina Bay (in Singapore's Downtown Core), on a 13-square-kilometre (5.0 sq mi) site. It is operated by Changi Airport Group and it is the home base of Singapore Airlines, Singapore Airlines Cargo, SilkAir, Scoot, Tigerair, Jetstar Asia Airways and BOC Aviation. 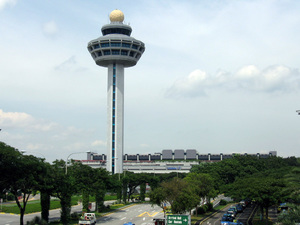 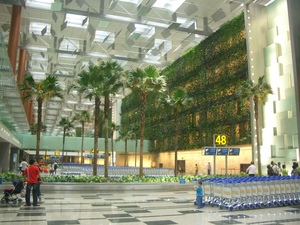 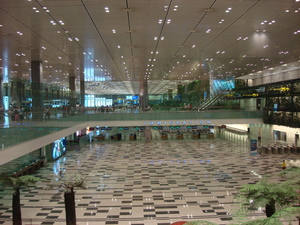 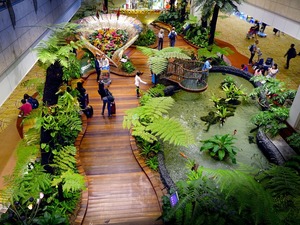 Flying out from Changi Airport

With a long flight ahead, you can take solace that at least the airport you'll be leaving from has a wide array of offerings to help you pass the time. The airport has the usual perks of hotels, day rooms, shopping, and food. Then there's a free movie theater, reclining chairs, indoor gardens, a rooftop swimming pool, hair and beauty services, etc. Basically, you won't regret getting to this airport early.