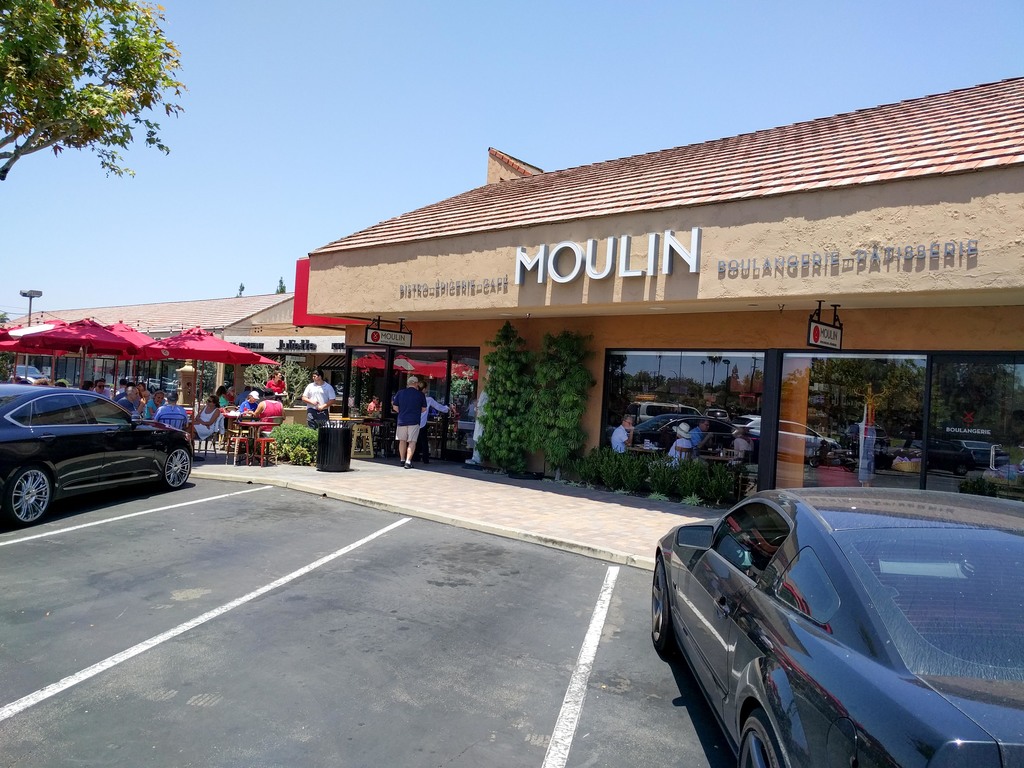 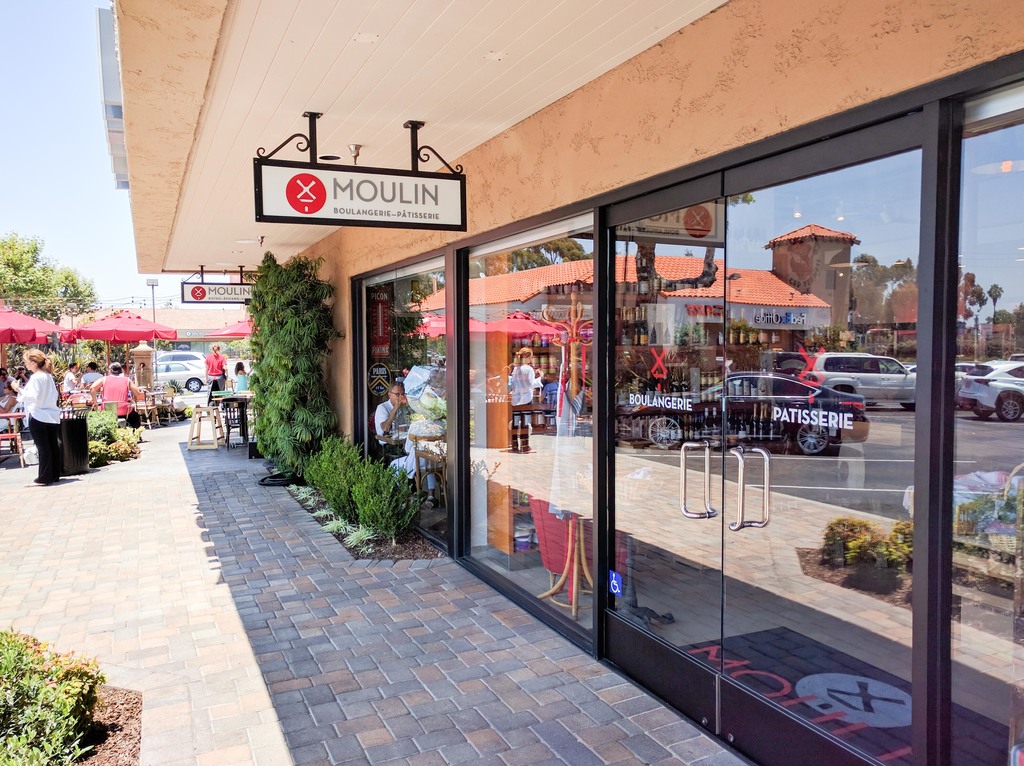 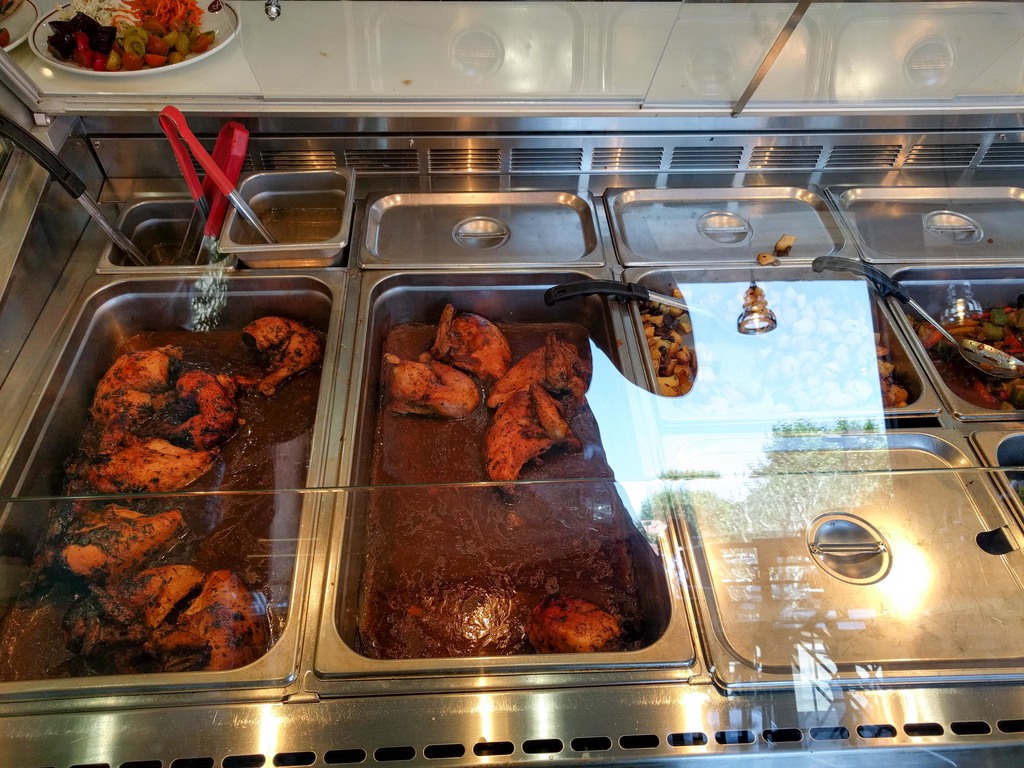 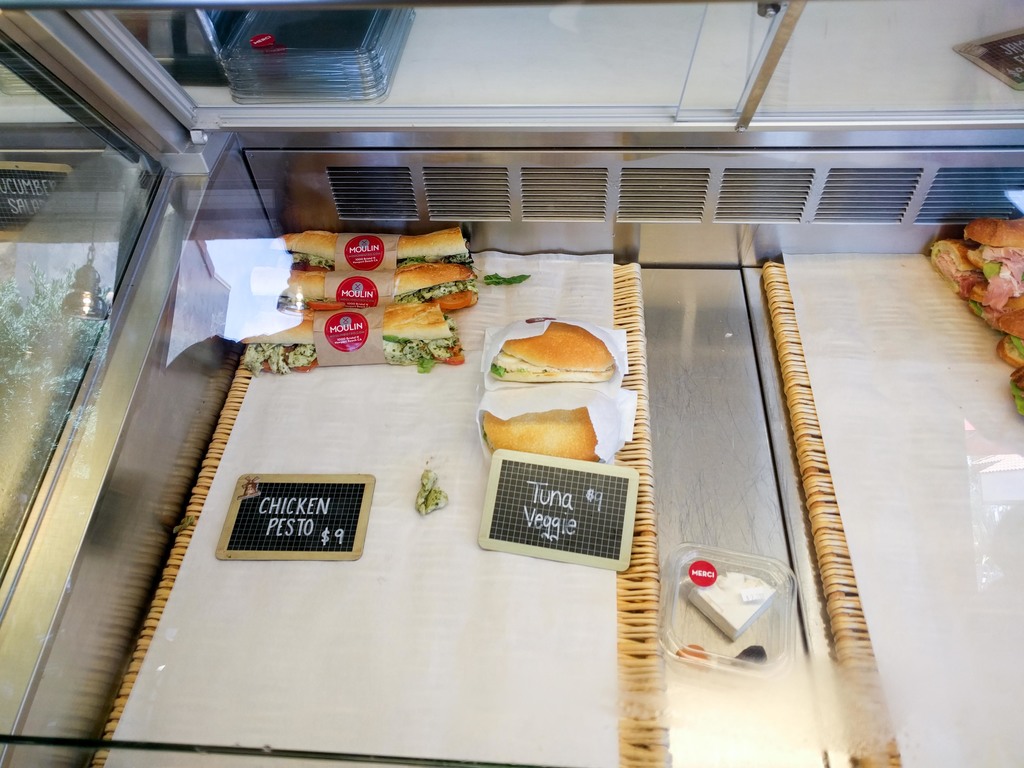 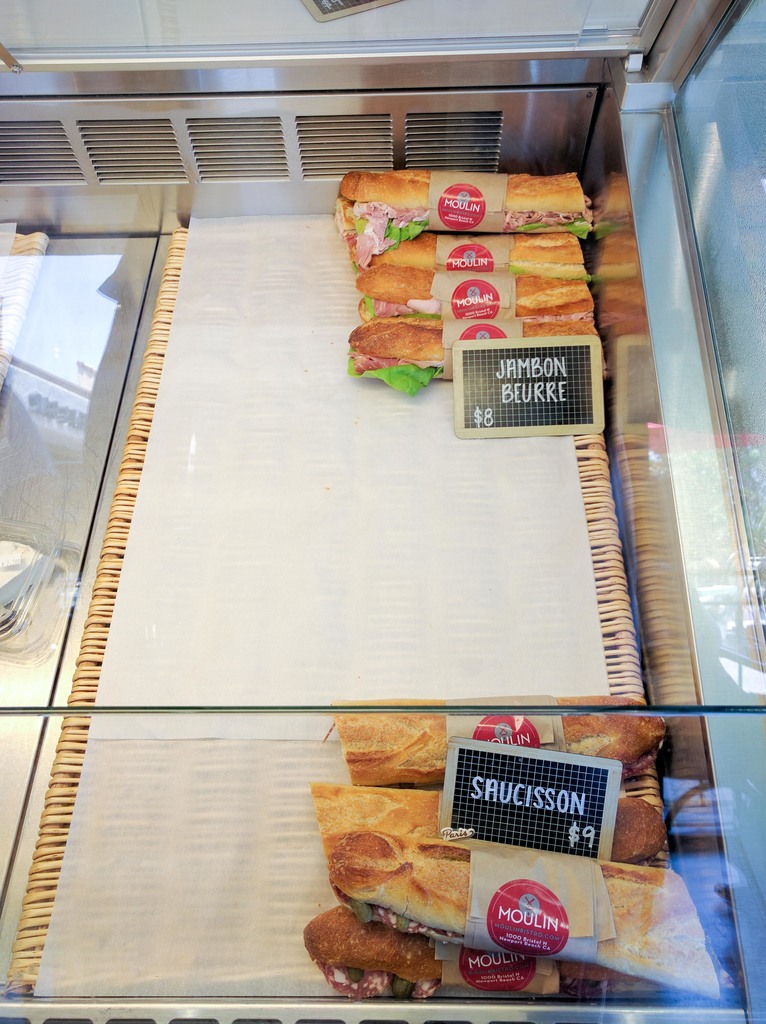 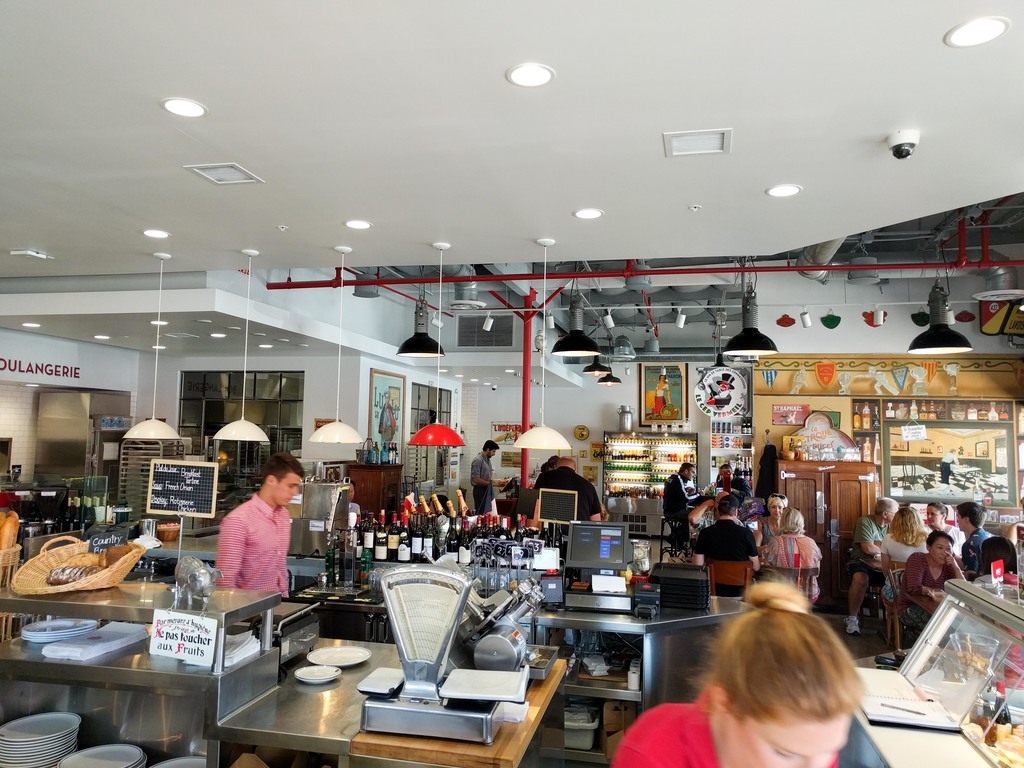 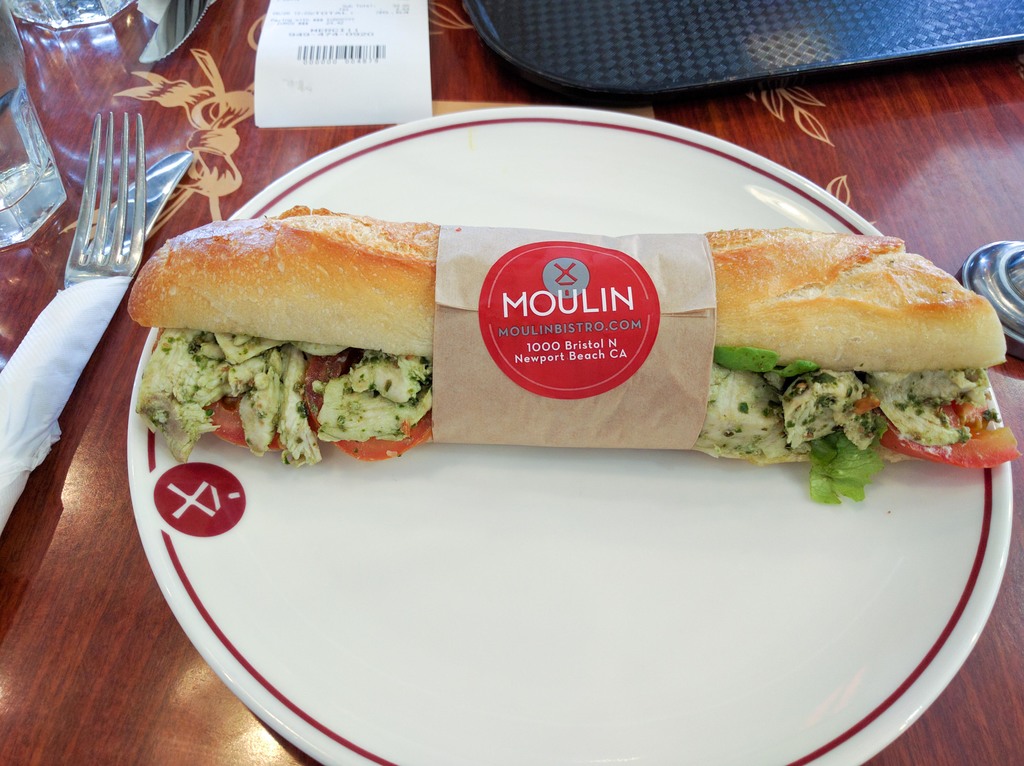 Chicken pesto sandwich. $9. This was surprisingly good. The baguette was crispy on the outside, chewy on the inside, and held the sandwich together well. The chicken and pesto sauce were both great too. Overall a good, and semi-light lunch. 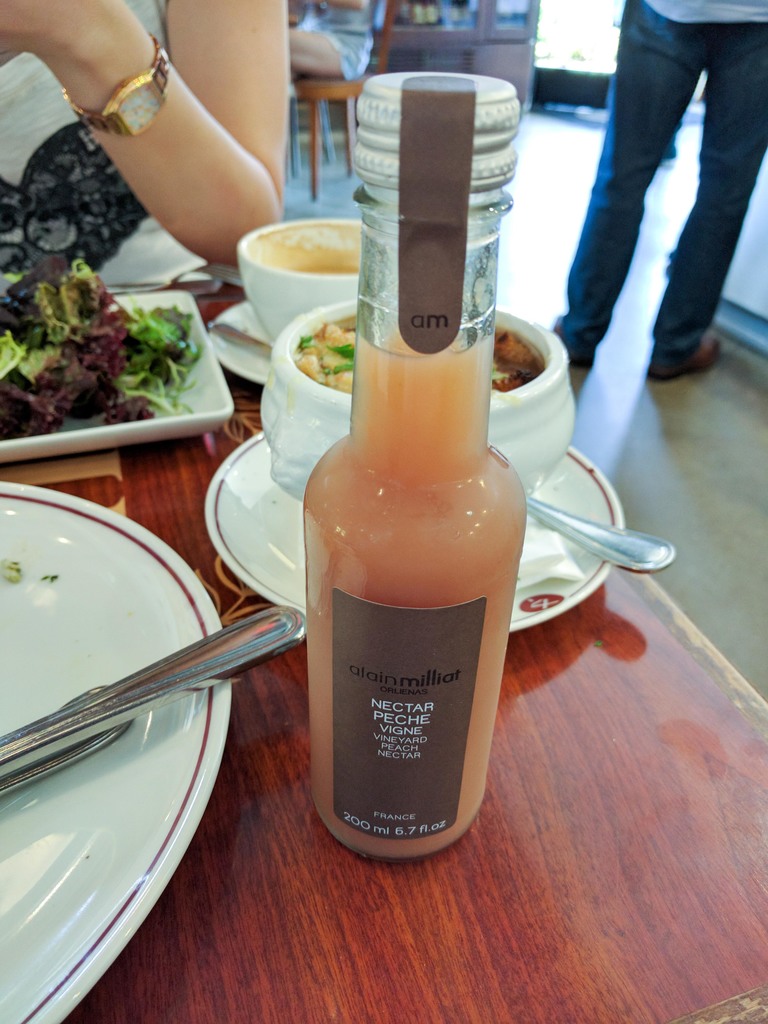 Alain Milliat Vineyard Peach Nectar. $5. Moulin was selling these bottles of fresh fruit nectars that looked enticing. Jean and I decided to grab one to find out how it tasted. Turned out to be quite tart and probably not worth the money. Maybe a different flavor would be better but I would skip the peach. 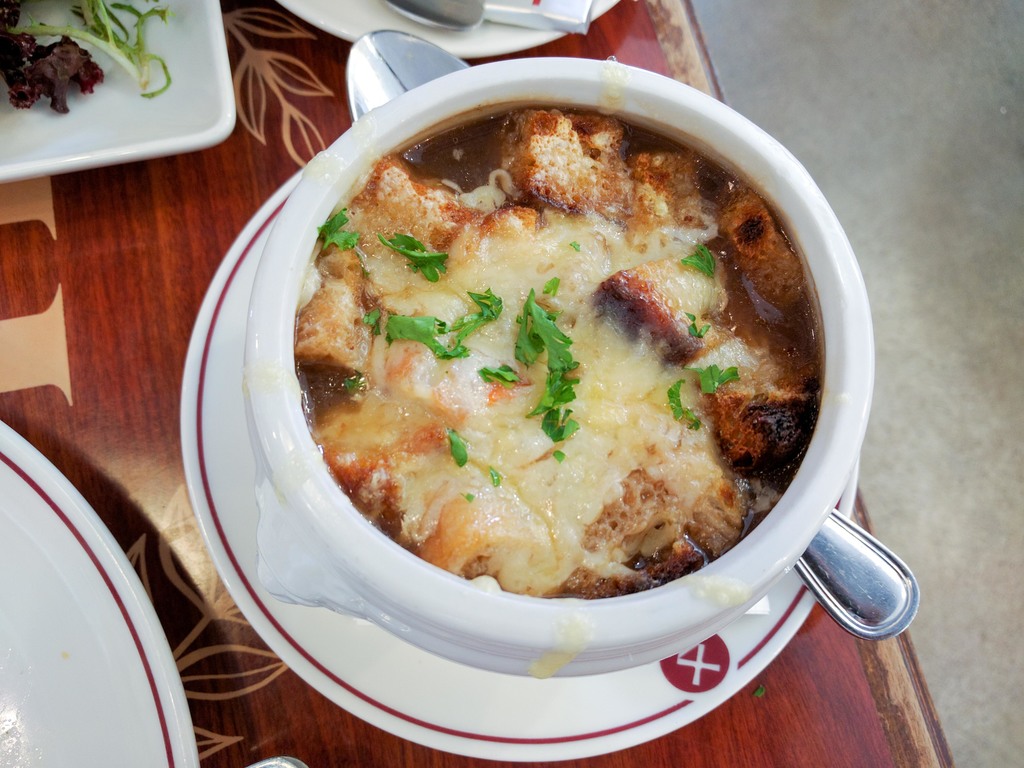 French onion soup. Moulin's soup was quite good. They cut their baguettes into smaller chunks so that you can get a bite of baguette per spoonful of soup. They didn't use too much cheese and the soup was fairly light tasting overall compared to other french onion soups that I've had. If you're a big gruyere fan, I would probably suggest another chain's soup just because this didn't have that much on it. 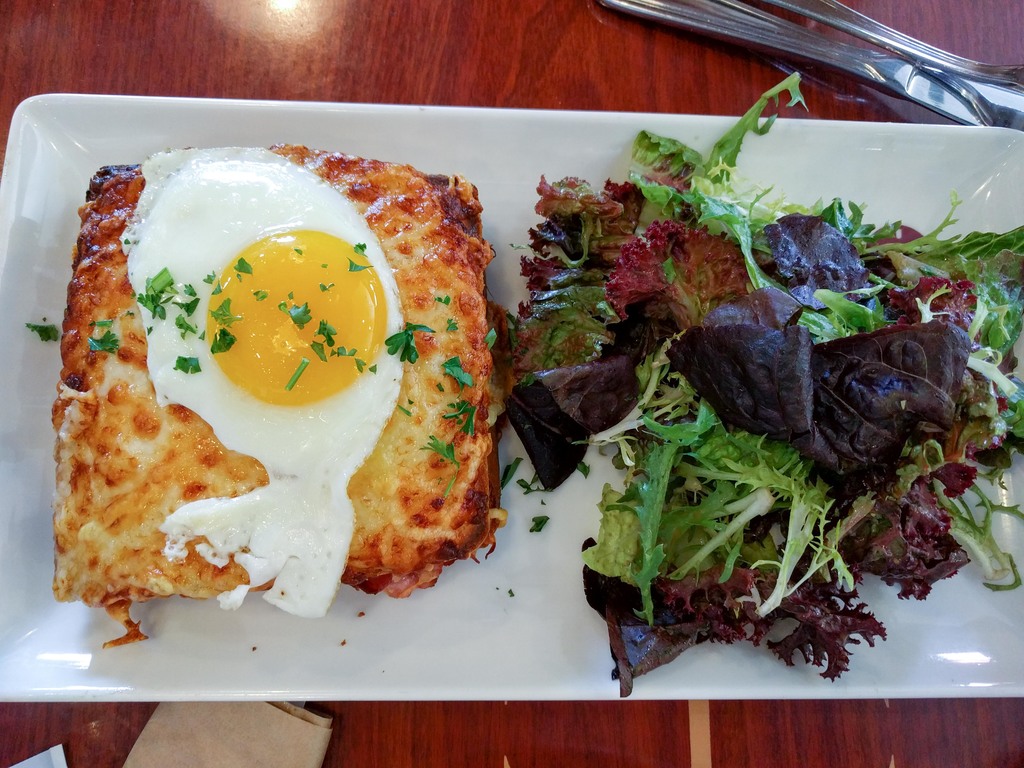 Croque madame. The cheese and fried egg were great. They left the yolk runny, which always makes this sandwich that much better. The bread had a nice and crisp edge and was soft on the inside. It came with a side green salad with vinaigrette. It was a great tasting sandwich and I highly recommend it. 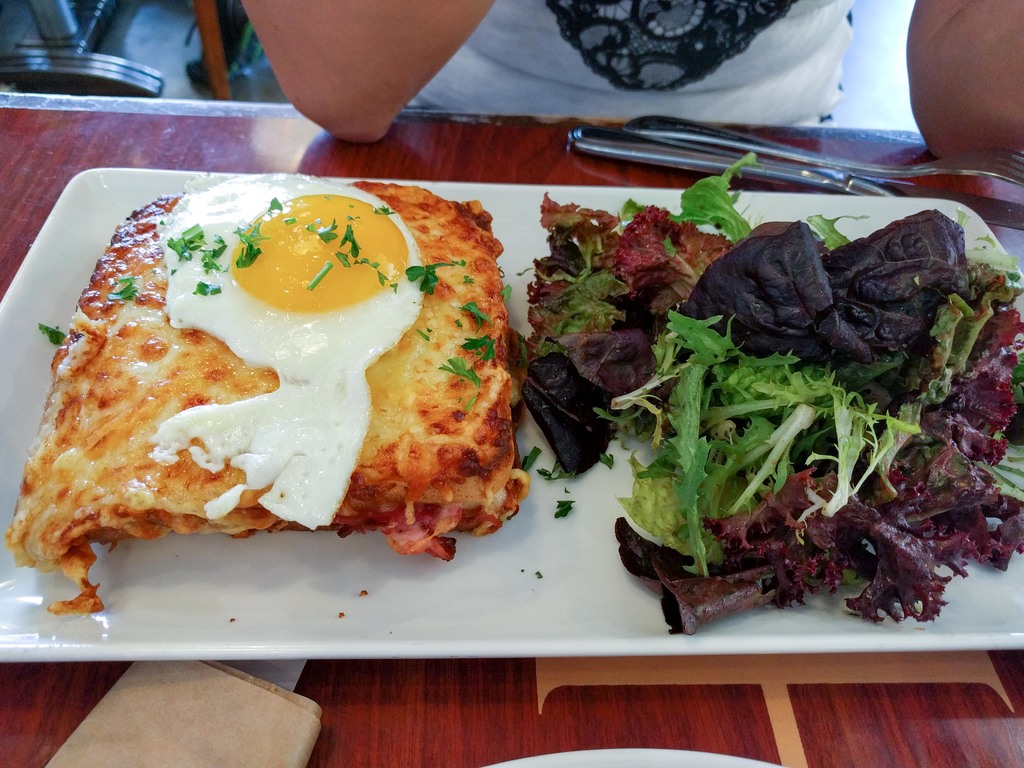 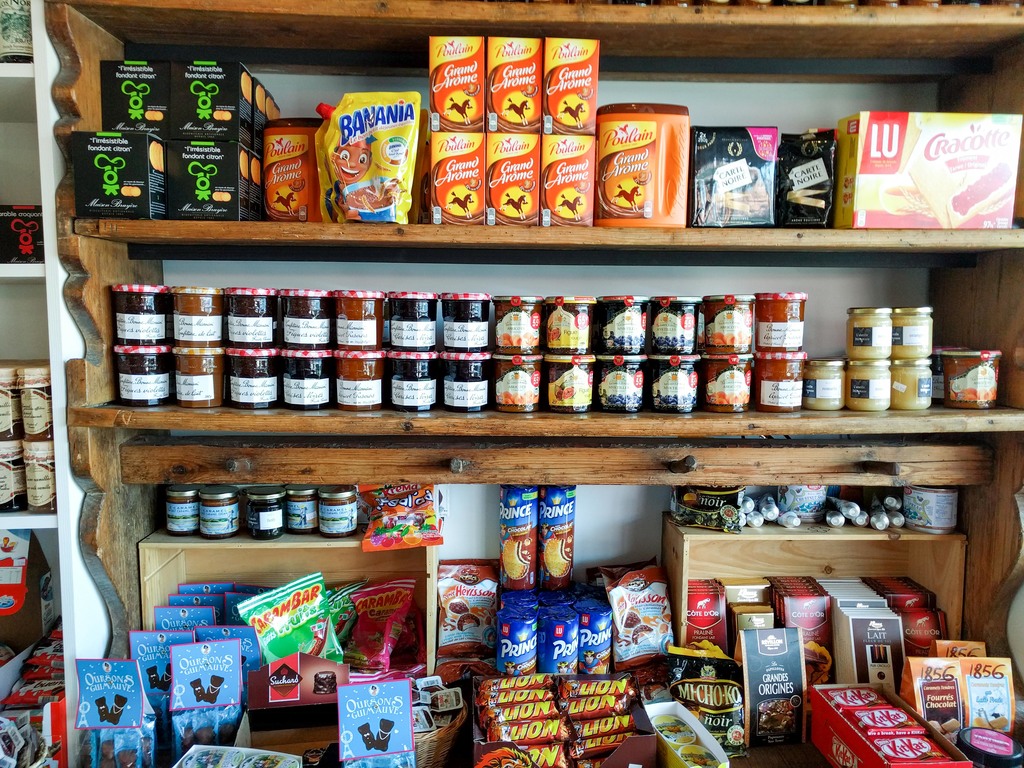 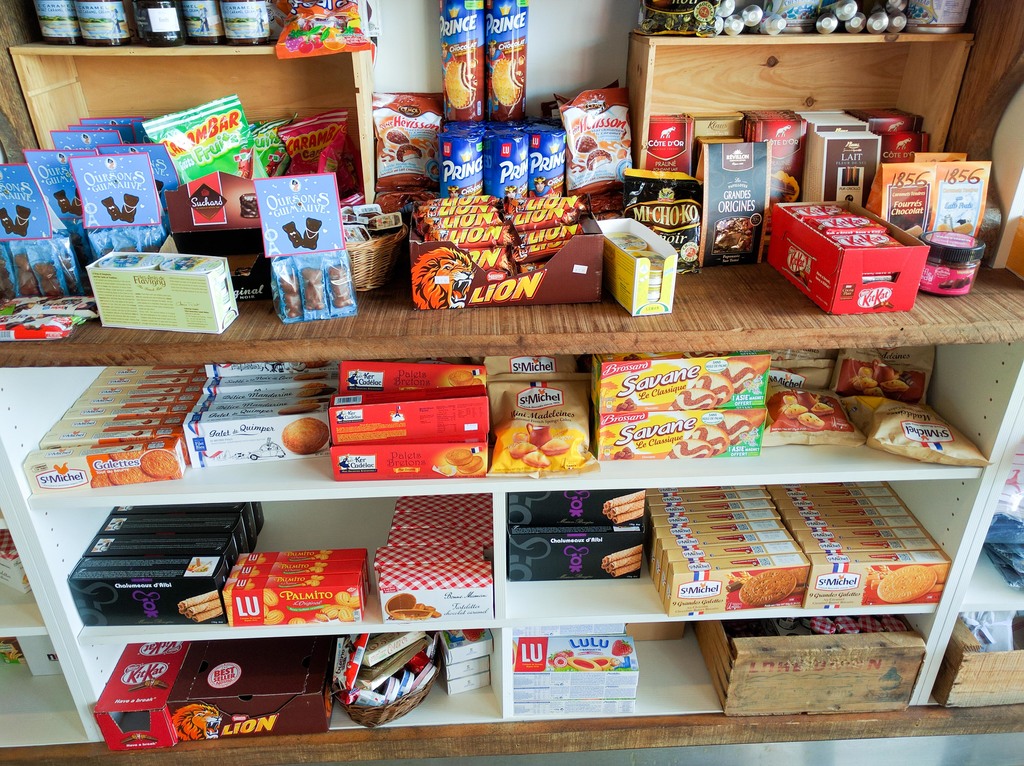 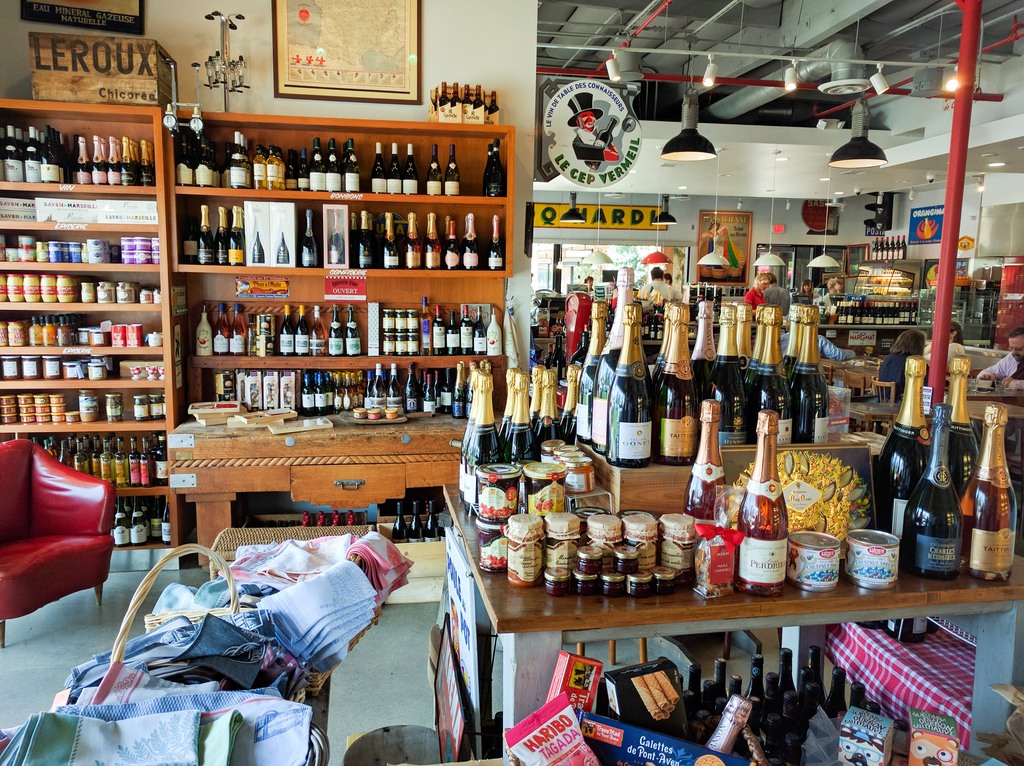 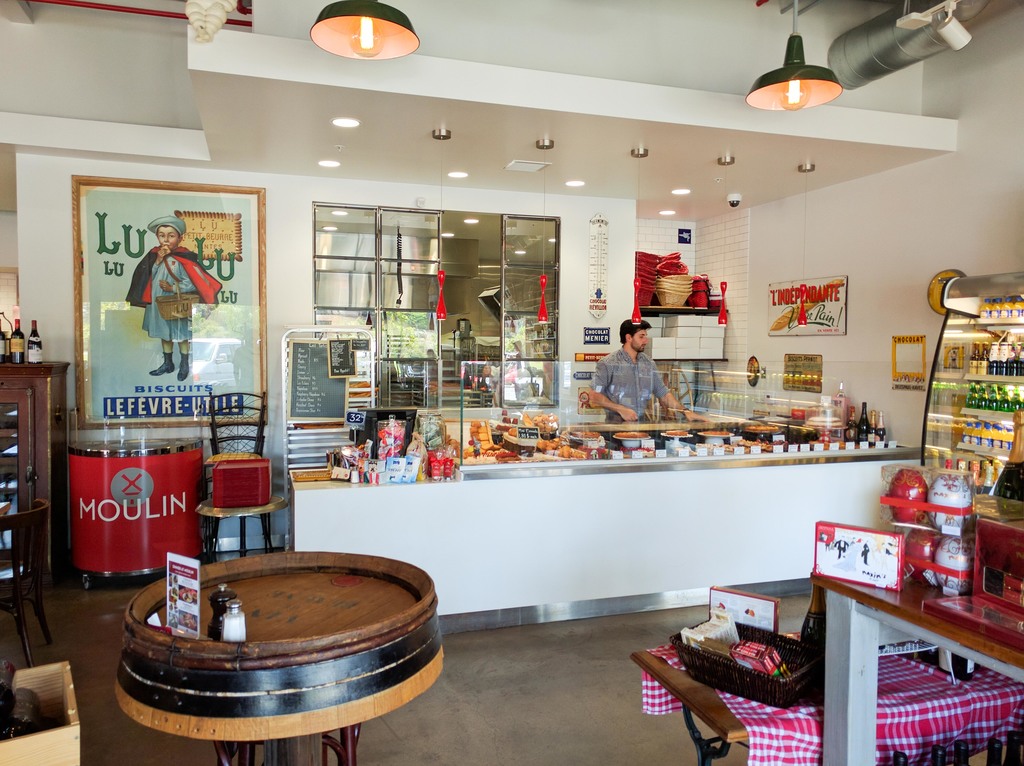