Lunch at Pappa Rich with Jean

Jean and I had one last lunch in the SGV area before heading back down to Irvine. We decided to make it easy by going to Pappa Rich and getting some Malaysian food but specifically the lychee soda since we had been craving it since we had a lychee soda at Sticky Rice in Grand Central Market.

Jean and I ordered a couple of lychee sodas to start. We then ordered a Roti Telur Bawang with Curry Chicken to start (although it ended up coming out last). For our main entrees we ordered the Curry Laksa and Wat Tan Hor. All of the food was excellent and hit the spot. The lychee soda was a bit bland compared to the one from Sticky Rice but still satisfied our lychee binge.

Definitely a good spot for a hearty Malaysian meal. The menu is extensive although they are missing a lot of their desserts and drinks currently. The waiter said that many of the desserts and drinks would be back in the summer, so here's to hoping for the return of the soya milk + black sesame ice cream blended drink. 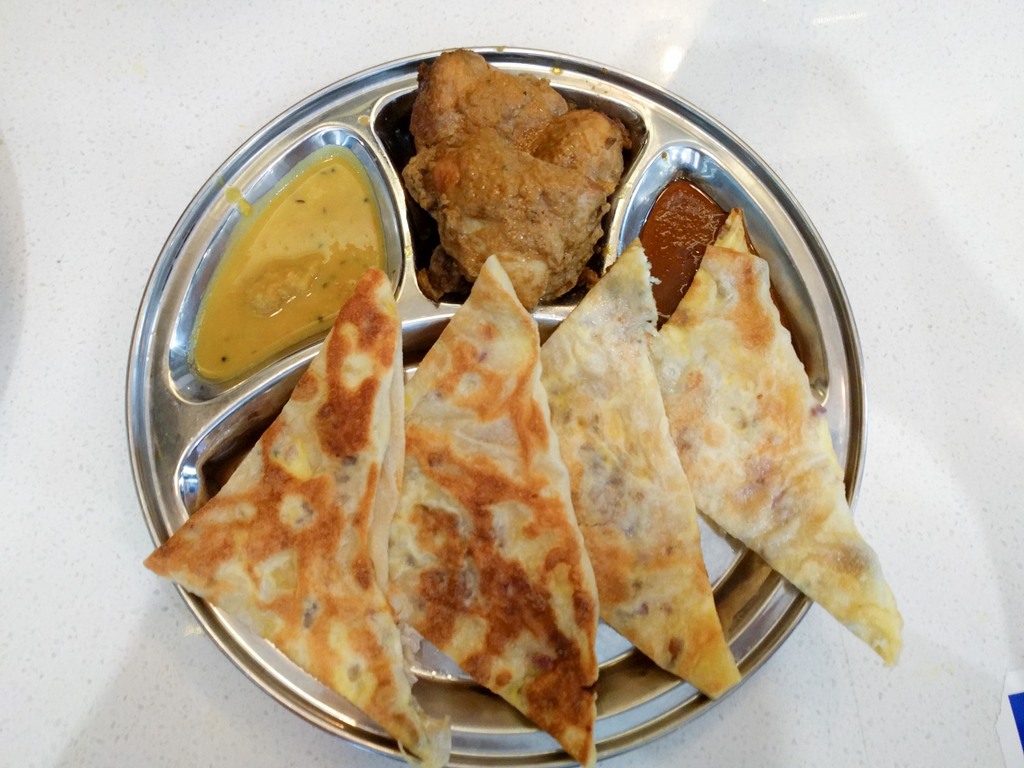 $10.90. Roti Telur Bawang with Curry Chicken. This dish consisted of roti canai (Indian flat bread) with egg and onion throughout the bread. It tasted like a hybrid of the egg pancake served at Tawainese breakfast restaurants and green onion pancakes. The dish came with a couple of dipping sauces. One sauce was sweet and tasted a bit like tamarind sauce and the other was savory and had a bit of curry in it. The dish also came with 3 small pieces of curry chicken. This dish is awesome and I would recommend it to anyone who likes green onion pancakes with eggs. Jean and I ended up dipping this in the curry laksa's soup too just because that soup was just that good. 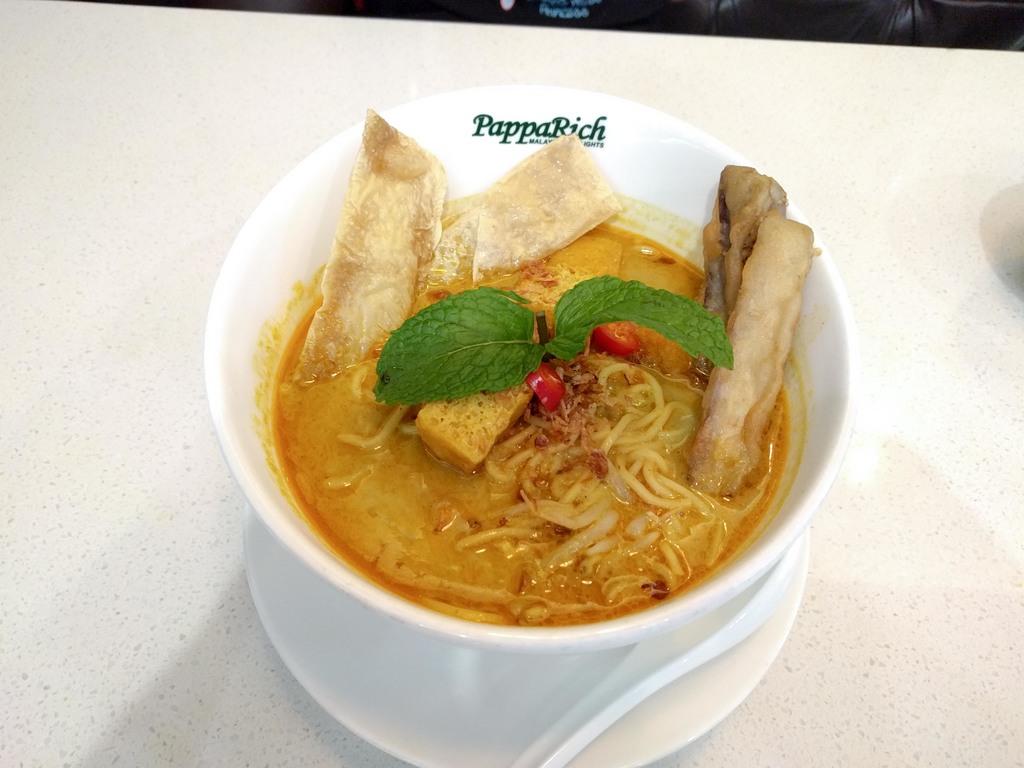 $9.90. Curry Laksa (Chicken). The soup base is a heavy curry broth. The soup uses Malaysian noodles and is topped off with tofu skin, slices of chicken, fried eggplant, and fried tofu. This noodle soup was spectacular. I'm pretty sure I drank every drop of the soup (although the curry is so strong that I'm not sure if you're supposed to drink it). The soup is also good for dipping their roti. 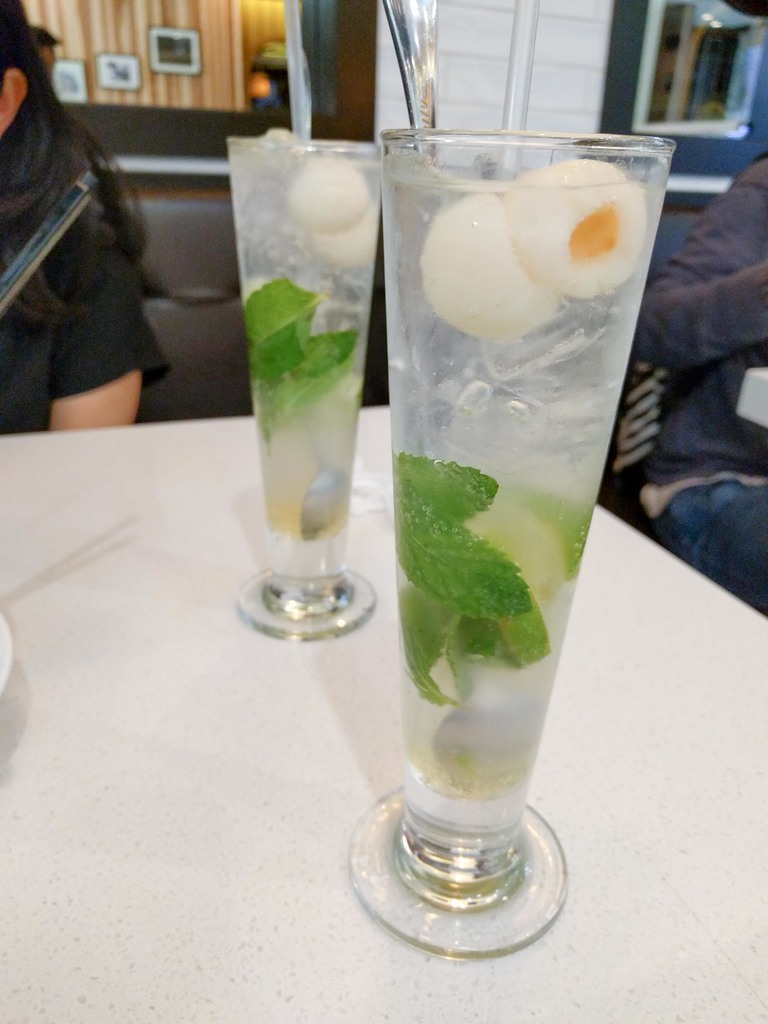 $4.50. Lychee Soda. Lychee syrup + arbonated water + lychees = divine. Wasn't as good as the one from Sticky Rice in Grand Central Market but it was a good stop gap until I get back to DTLA. The reason why it's not quite as good is that it's a bit bland and becomes a bit bitter when you run out of the lychee syrup. 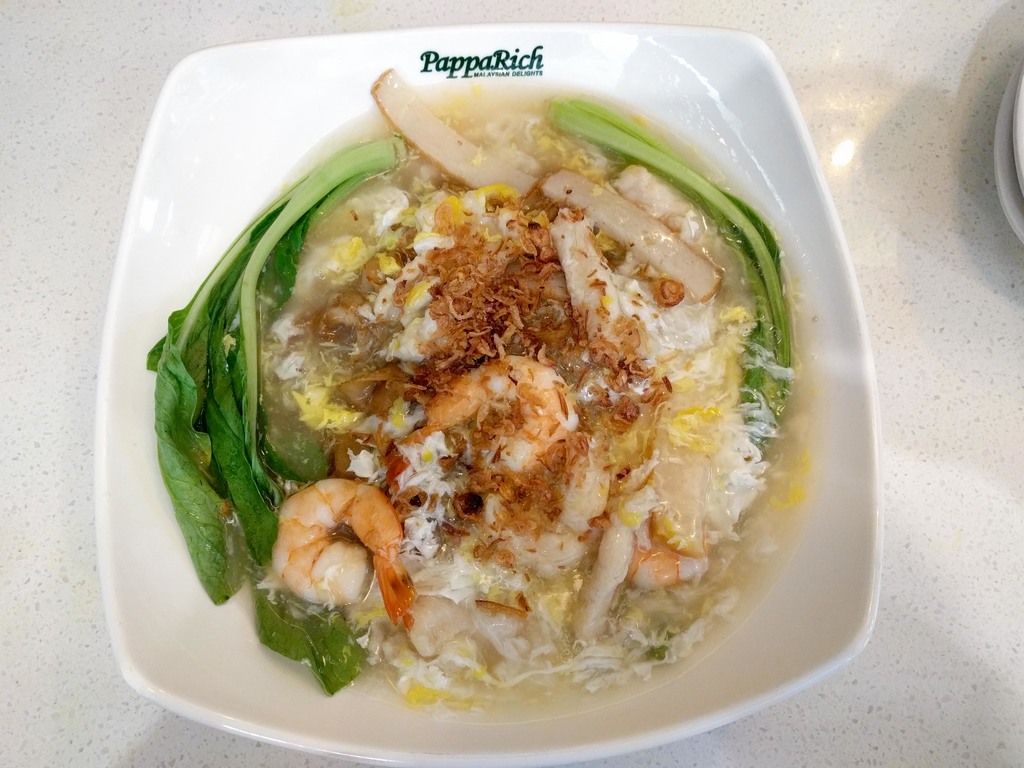 $10.90. Wat Tan Hor (Combination Noodles). This dish is basically the love child of beef chow fun and runny egg shrimp dishes (or egg drop soup) you get at Cantonese restaurants. My best guess as to how this is made is that they make the chow fun first and then they cover it with eggs, gravy, shrimp, and vegetables. It's pretty spectacular and I can imagine this being particularly amazing on cold days.