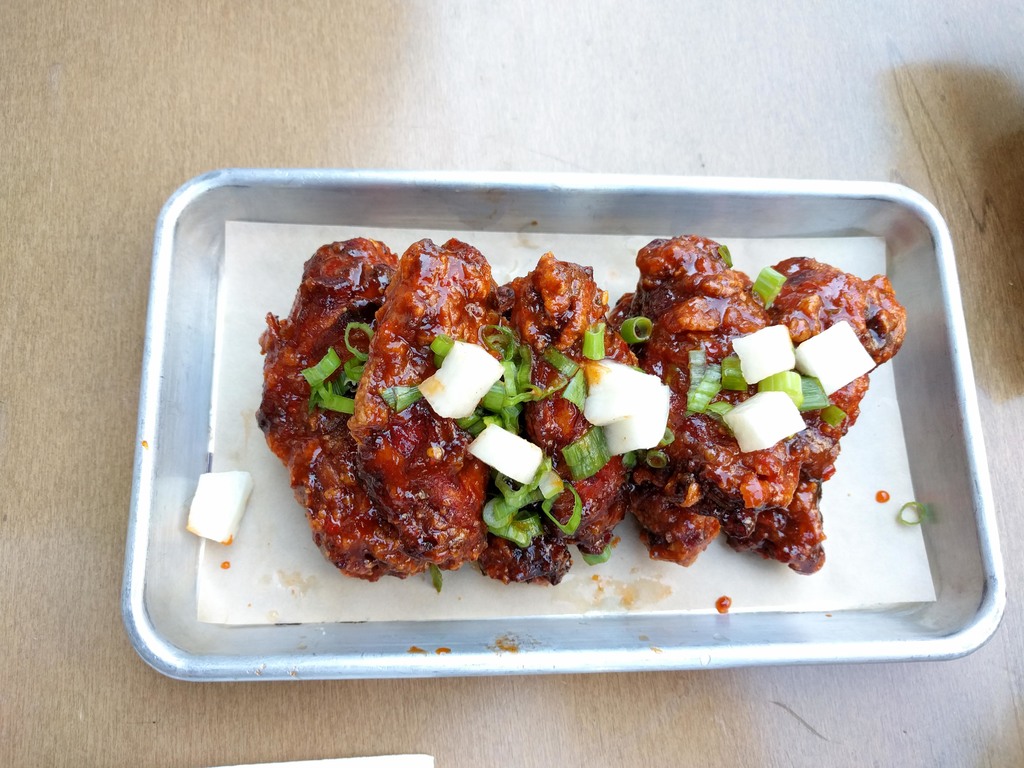 Da KFC: twice fried wings, Gochujang honey, pickled daikon. $12.00. Had these in the past and had to get them again. Probably one of the best Korean fried chicken wings that I've had. The flavor is spicy but not overwhelming; most likely tempered by how sweet the wings are. Overall a great dish to share since it's actually a pretty hefty plate of wings. 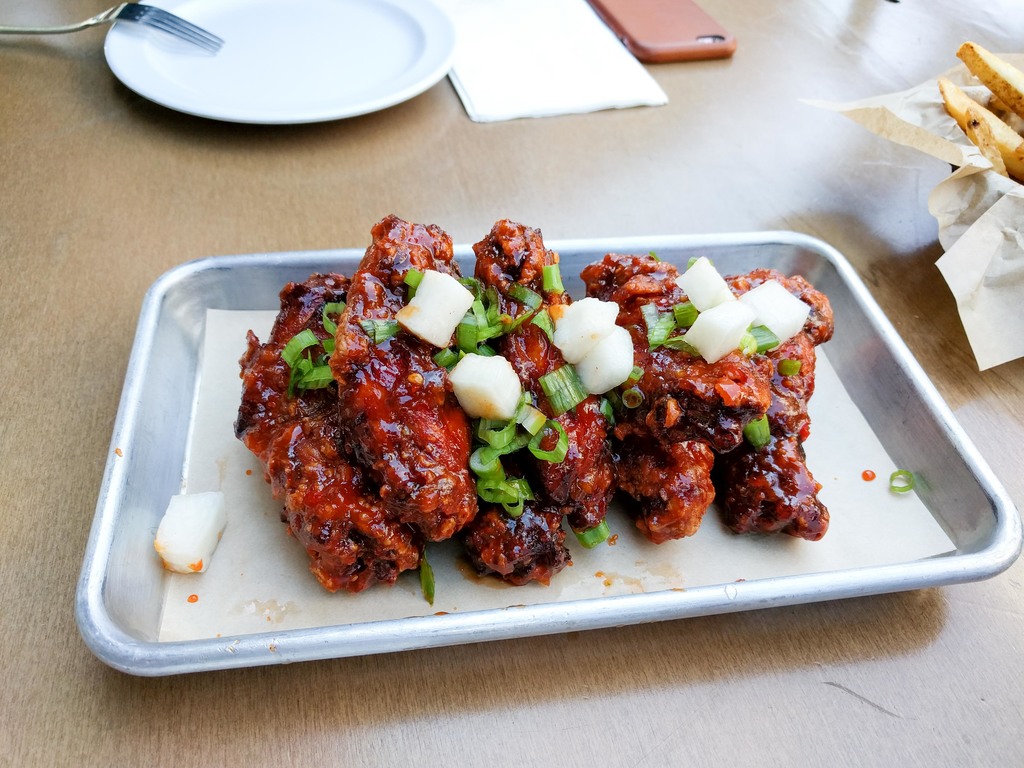 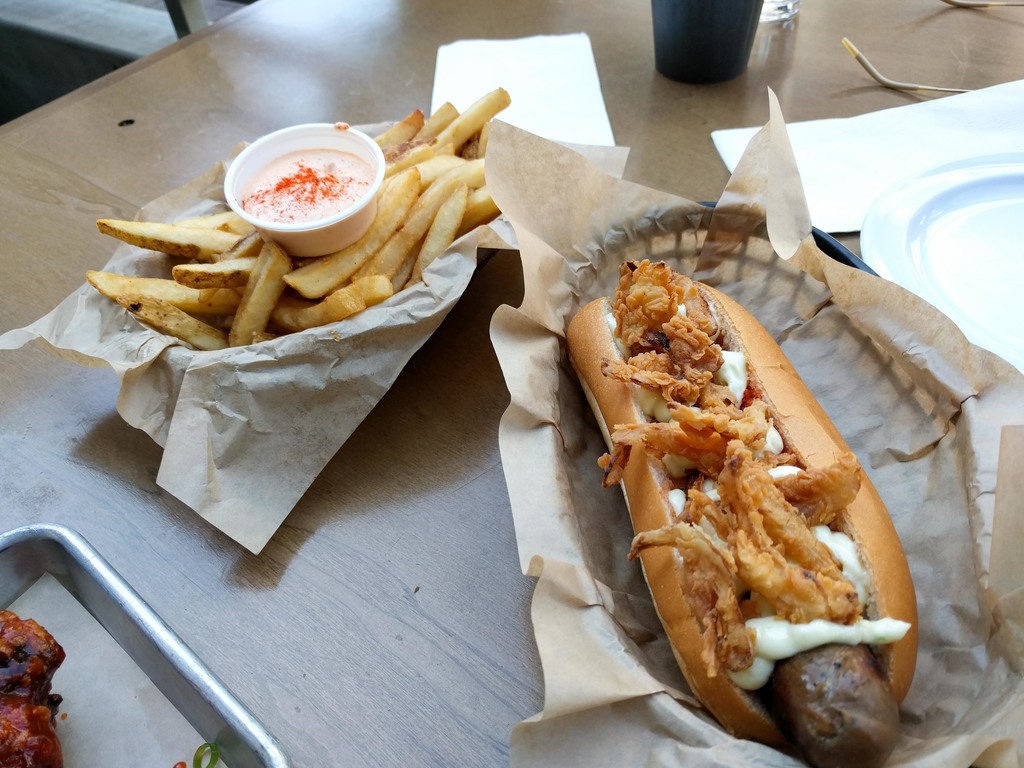 Kalbi Sausage: Kalbi sausage, kimchi relish, garlic jalapeno aioli, fried shallots. $8.00. Victor's lunch. He said it was good granted we had very little time to taste anything as we had to finish most of the food within 5 minutes. 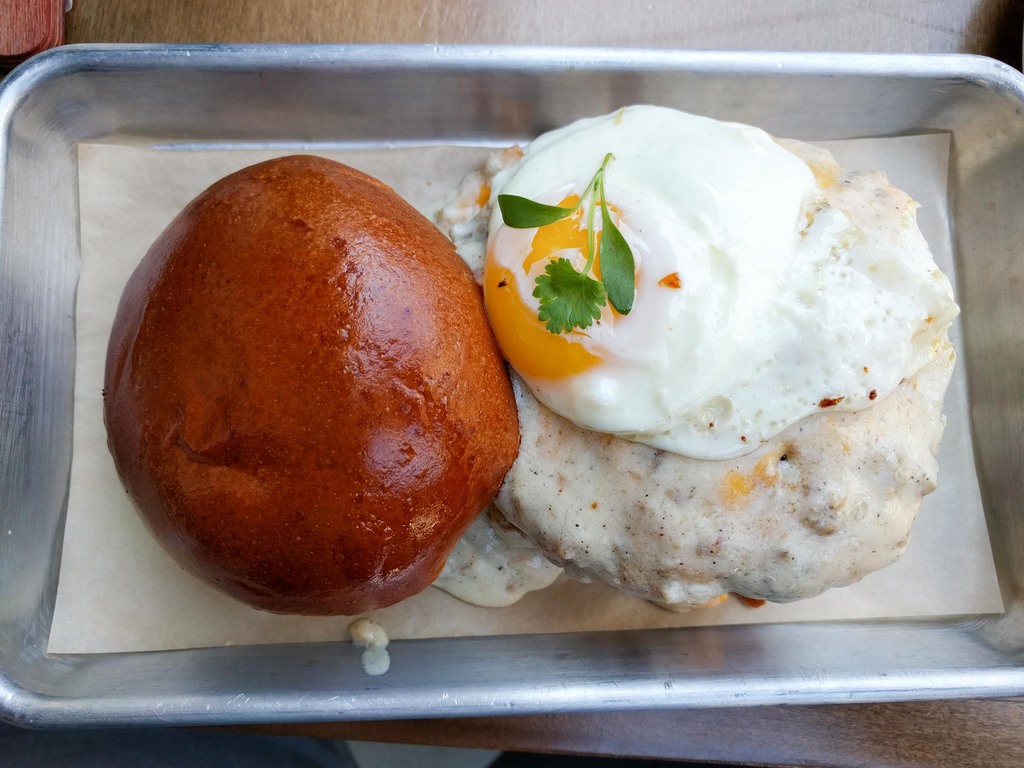 Breakfast Sammie: fennel sausage patty, aged cheddar, fried egg, smoked sausage gravy. $13.00. Not sure why I thought this sandwich would be lighter than a sausage, but boy was I wrong. This breakfast sandwich was ridiculously hearty. It was drenched in gravy, the sausage patty must have been a half of an inch thick, and the egg was beautifully runny. This definitely gave Eggslut a run for its money as being one of the best expensive breakfast sandwiches I've had. I would highly recommend trying this, especially if you like sausage. 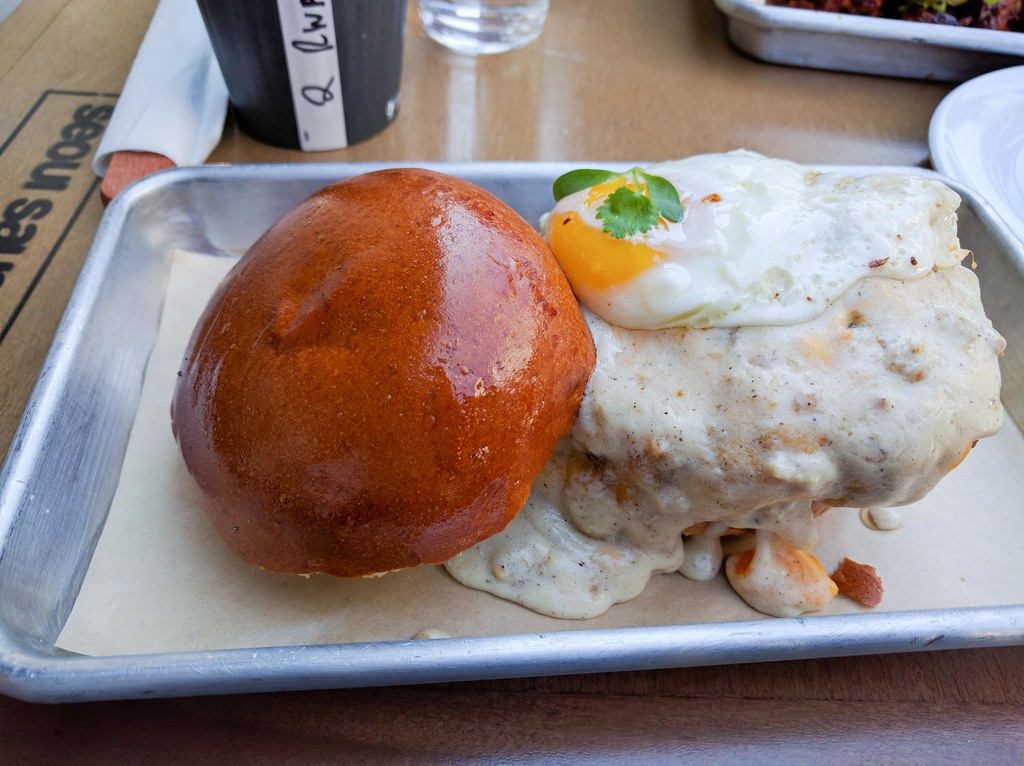 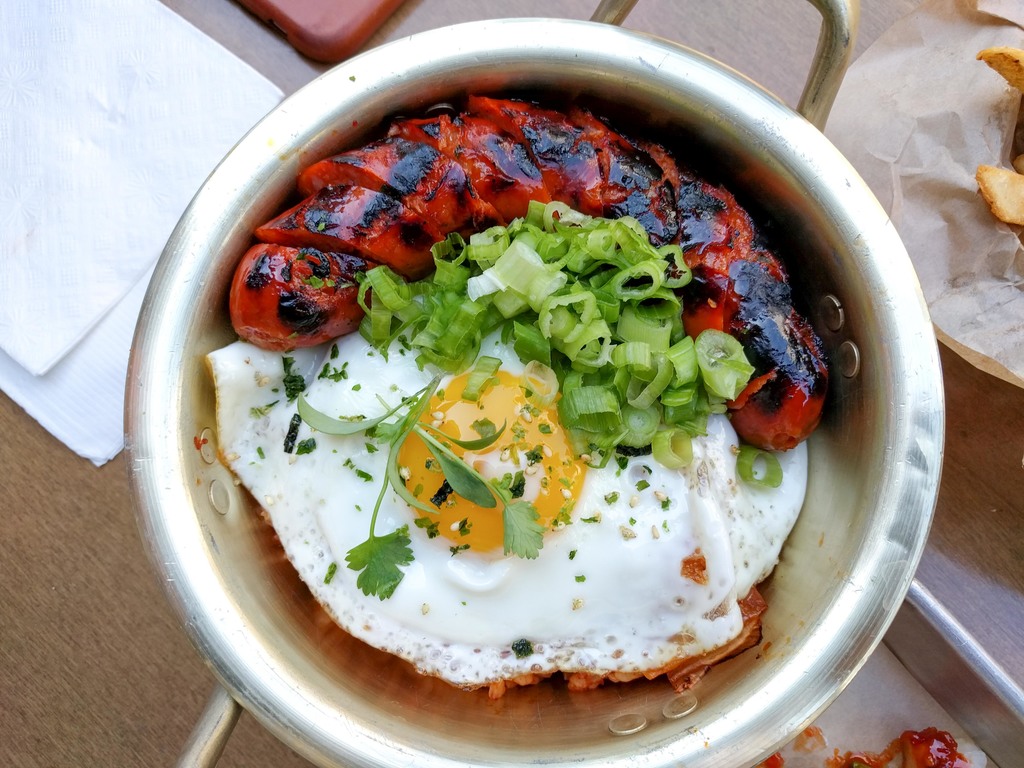 Kimchi Pork Bowl: kimchi fried rice, spicy pork, fried egg. $11.00. Didn't get to try this but Mike ordered this for us to share. It looked spectacular though and Mike said it was tasty. Doubt he'd rank it above Junkabok or Mister Bossam though.