A Day of Art and Food in DTLA 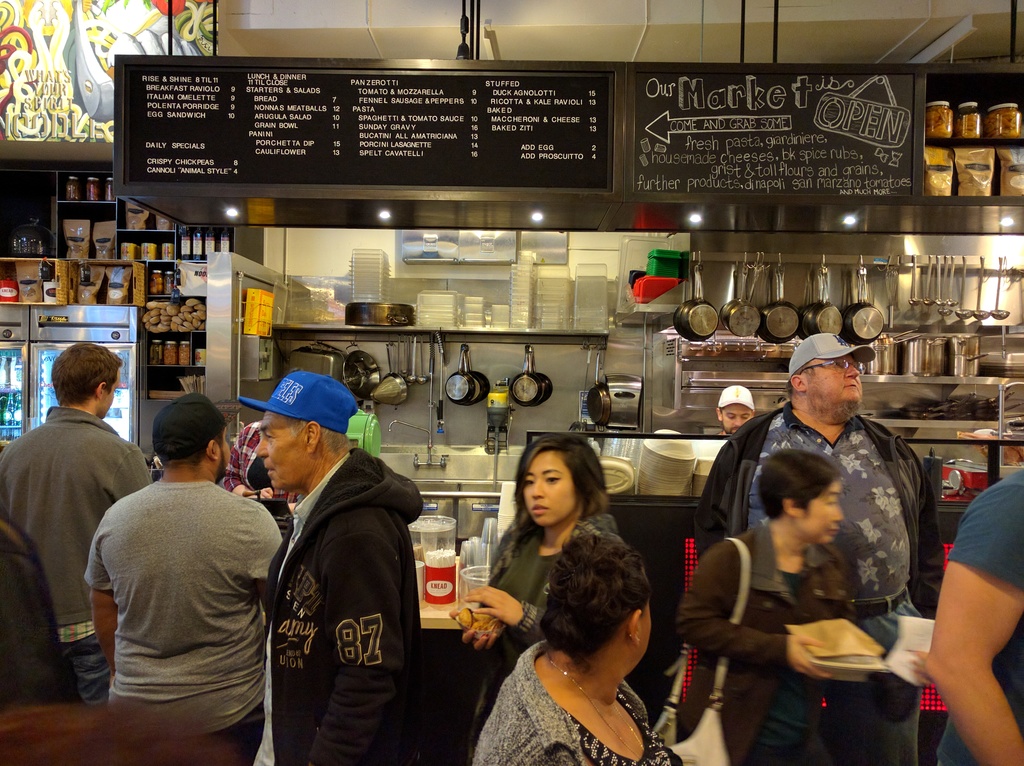 Knead & Co. Pasta Bar. Short line as they just opened and Eggslut was sucking up nearly everyone into their black hole of a line. 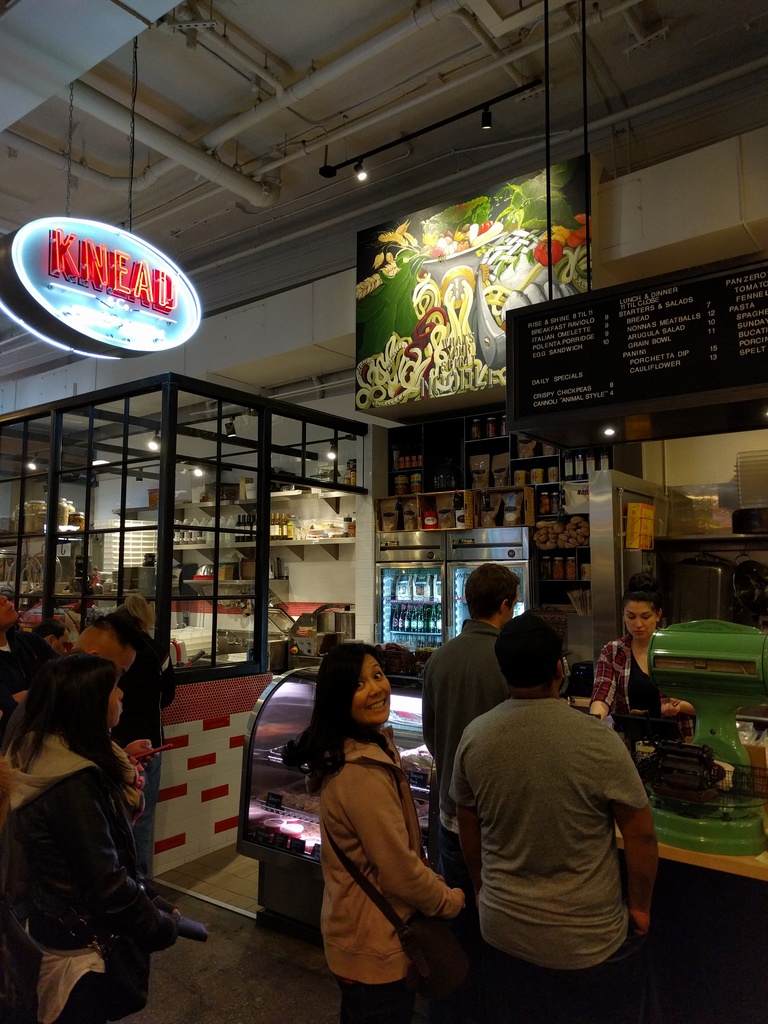 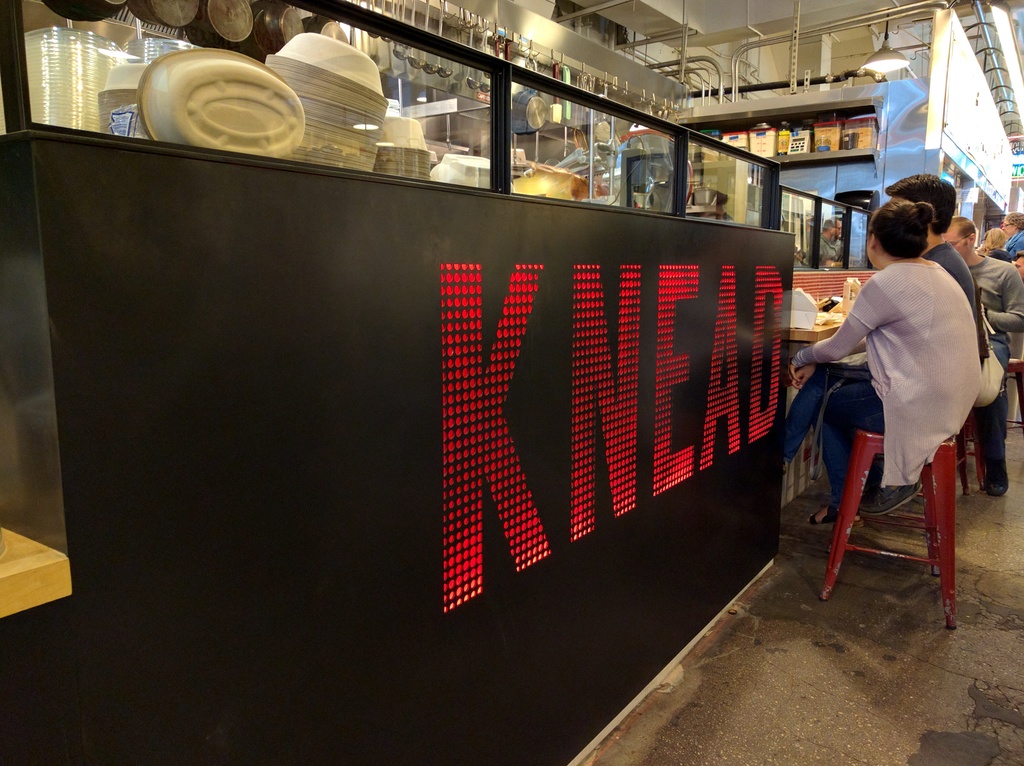 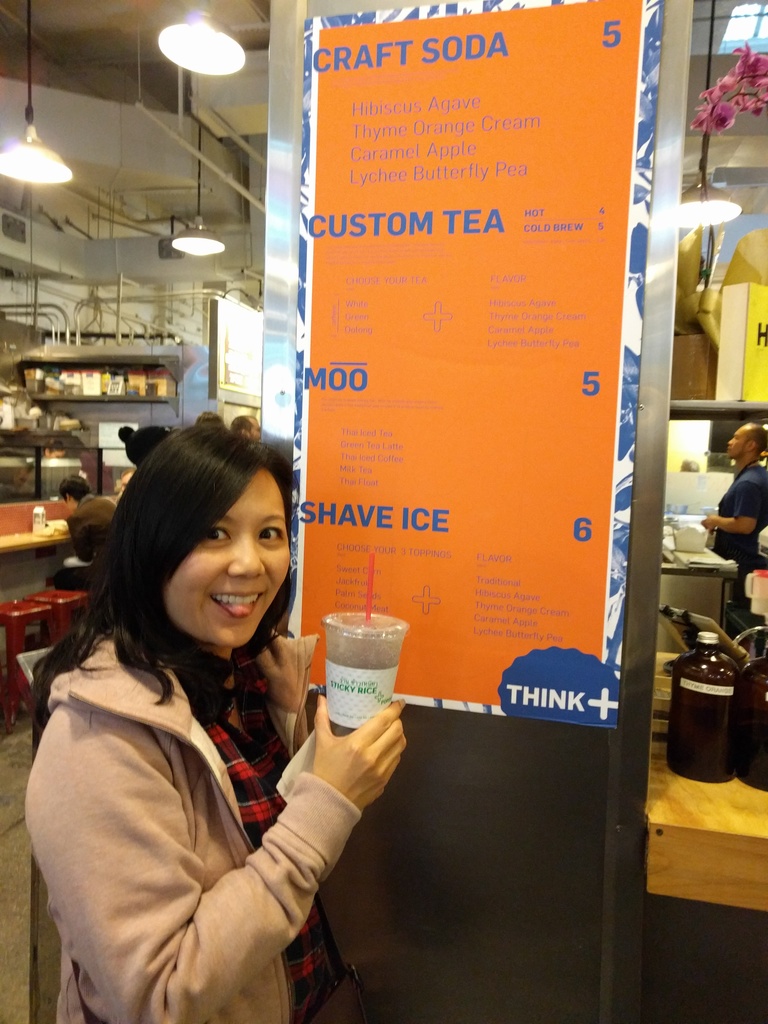 Sticky Rice drink bar in the back of their storefront. At $5, the drinks are pricey but I haven't been able to stop craving that lychee butterfly pea craft soda for a week now. 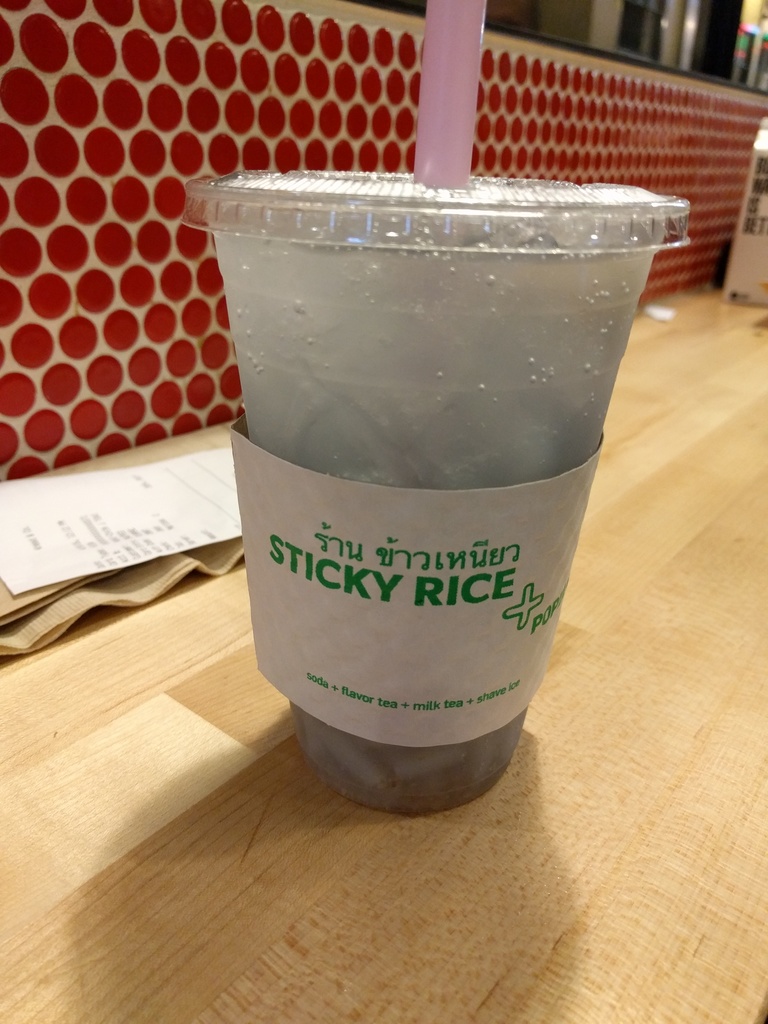 Lychee butterfly pea craft soda. They mix it for you while you wait. 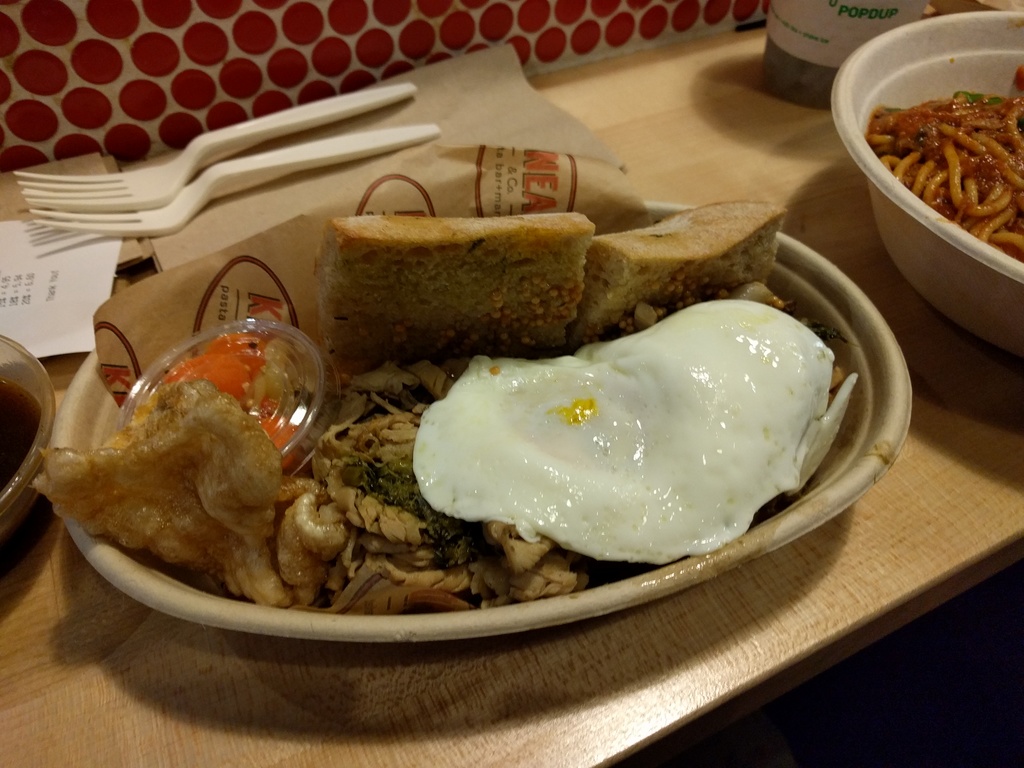 $15 for the sandwich + $2 for the "cage free egg". Porchetta Dip. It was pretty delicious but I don't know if I would pay $17 again for it. It did come with a very crispy piece of chicharron, so that was awesome. I will just chalk this up to the hipster LA tax. 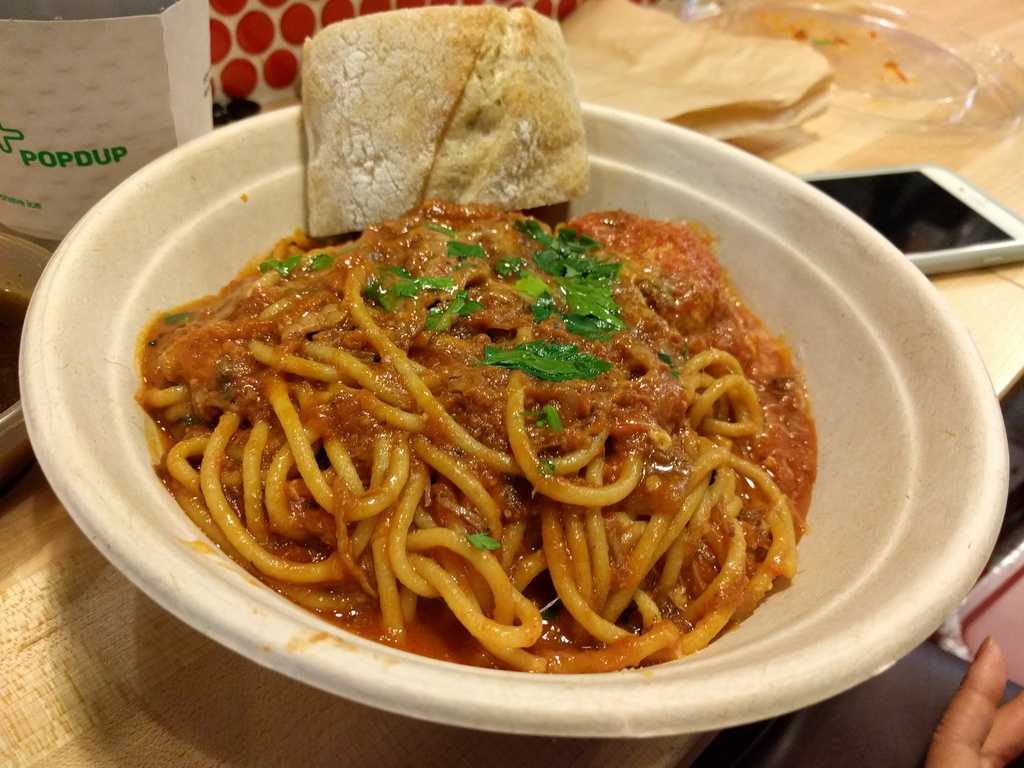 $16. Sunday Gravy Spaghetti and Meatballs. This pasta was worth the $16 we paid. The meat sauce and the meatballs that were with the pasta were awesome. The pasta itself was very qq (Chinese chewiness, not crying) and tasted awesome. Overall a pretty tasty dish that at least somewhat justifies the $16 price tag.